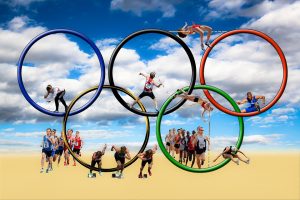 Bicyclist fatalities had been declining steadily since 1975, and fell to a record low of 621 in 2010, according to a report issued by the Governors Highway Safety Association. By 2015, Bicyclist fatalities were up 12.2 percent to 818 compared with 2014. The report, which was compiled with funding from State Farm Insurance, notes that bicyclists have consistently accounted for at least 2 percent of all traffic fatalities, which rose 7.2 percent in 2015. The average age of bicyclists killed in traffic crashes was 45 years old in 2014 and 2015, up from 42 in 2010 and 39 in 2005, based on data from the Fatal Accident Reporting System at the National Highway Traffic Safety Administration. Through 1989, teens between the ages of 16 and 20 had accounted for the greatest number of bicyclist traffic deaths. Eighty-five percent of bicyclist deaths were among males compared with 15 percent for women in 2015. The proportions for injuries were 80 percent for males and 20 percent for females. Warm-weather, large population states had the highest numbers of bicyclist deaths. The GHSA says that Florida, California and Texas accounted for 40 percent of all bicyclist deaths in 2015.

Biking is the third most dangerous sport after basketball, based on estimates of injuries treated in hospital emergency departments compiled by the National Safety Council. In 2015, 488,123 people were treated for injuries sustained while riding bicycles. According to the Breakaway Research Group, 34 percent of Americans, or 103.7 million people between the ages of 3 and older, rode bicycles in 2015. Bicycles are increasingly being used for more than recreation. The percentage of adults who biked to work grew from 0.4 percent in 2005 to 0.6 percent in 2013, according to the Alliance for Biking and Walking. Large cities saw the largest increases in biking to work: the percentage increased from 0.7 percent to 1.2 percent from 2005 to 2013.The FBI reports that 180,123 bicycles were stolen in 2015, down 0.2 percent from 2014. The average value of a stolen bicycle was $444 in 2015.

The report also found that lack of helmet use and alcohol impairment continue to be major contributing factors in bicyclist deaths. In 2012 data from the National Highway Traffic Safety Administration indicate that 17 percent of fatally injured bicyclists were wearing helmets, 65 percent were not and helmet use was unknown for the remaining 18 percent. A large number of fatally injured bicyclists had blood alcohol concentration (BAC) of 0.08 percent or higher, the legal definition of alcohol-impaired driving, including 28 percent of those aged 16 and older. The percentage of bicyclists with high BACs ranged from 23 percent to 33 percent during the period 1982 to 2012.

The National Safety Council reports that there were 179,188 swimming injuries treated in emergency rooms in 2014. About 42 percent of the injuries involved children between the ages of five and 14. A report by the Consumer Product Safety Commission found that 174 children between the ages of one and 14 drowned from Memorial Day to Labor Day in 2014. There has been growing concern about the risks of sports-related concussions as lawsuits filed by injured professional football players have generated national headlines. The problem also affects thousands of young people who engage in a variety of sports. The Centers for Disease Control and Prevention reports that in 2009, an estimated 248,418 children (age 19 or younger) were treated in U.S. emergency departments for sports and recreation-related injuries that included a diagnosis of concussion or traumatic brain injury.

Federal law requires owners of recreational boats and watercraft (non-commercial) to register them. In 2016 there were 11.9 million registered recreational watercraft, about the same number as in 2015. A recreational boating accident must be reported to the U.S. Coast Guard if a person dies or is injured and requires medical treatment beyond first aid; if damage to the boat or other property exceeds $2,000; if the boat is lost or if a person disappears from the boat. Out of the 4,463 accidents reported in 2016, 684 occurred in Florida. Other states with a high number of accidents were California (386), New York (188), Texas (176) and Maryland (150).

The U.S. Coast Guard says that alcohol, combined with typical conditions such as motion, vibration, engine noise, sun, wind and spray can impair a person’s abilities much faster than alcohol consumption on land. Operators with a blood alcohol concentration (BAC) above 0.10 percent are estimated to be more than 10 times more likely to be killed in an accident than watercraft operators with zero BAC. Alcohol was a contributing factor in 350 recreational watercraft accidents in 2016 (7.8 percent of all accidents), accounting for 133 deaths (19.0 percent of all deaths) and 335 injuries (11.5 percent of all injuries). Other primary contributing factors were operator inexperience, resulting in 62 deaths; and operator inattention accounting for 45 deaths.