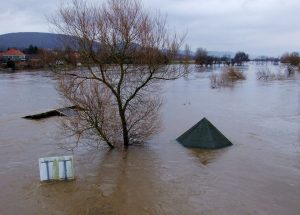 The biggest threat to recovery after a natural disaster is the mass of people who are unprepared for it. After every single tornado, hurricane or flood, the media easily find people who have been impacted by the event, and they invariable say nearly the same thing: “I never saw it get this bad before.” Sure, seeing is believing. But even then it’s not enough. Those who’ve been through a devastating event think it can never happen to them twice. Until it does.

Is there a cure for complacency? Yes, there is  and it is to take action. At an insurance industry meeting this week, a weather expert from the National Oceanic and Atmospheric Association (NOAA) mentioned an odd-sounding term: “Reasonable Worst-Case Scenario.” A first impression is that seems like two extremes. Is it reasonable, or is it the worst? But think about it as the weather experts and disaster-planning experts do: It’s what could reasonably happen with a direct hit from a powerful storm. And, don’t think about it too hard. DO something to fight the complacency that makes you think it won’t happen to you.

Here’s how to approach it: Think about your particular situation if a powerful storm were to hit your area two months from now. That’s a reasonable timeframe because peak hurricane season starts in mid-August. Think through what would happen if your house was a pile of rubble, your belongings were strewn down the block and the neighborhood leveled with an expectation that things would not be back to normal for months. Pretend that happened  and work backward to what you wished you would have done NOW to make THAT somewhat easier to survive physically and financially.

We’ve got the tools to help you. But only one person can make you do it  and it’s the person reading this article. Be resilient, Florida.