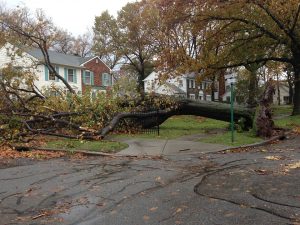 The 2018 Atlantic hurricane season was less active than the 2017 season but still caused extensive property damage across the southeastern United States, according to the Insurance Information Institute (I.I.I.).

The 2018 hurricane season officially concludes tomorrow (Nov. 30) and saw the formation of 15 named storms. Eight of the 15 became hurricanes, and two (Florence and Michael) became major hurricanes, according to Philip Klotzbach, Ph.D., a research scientist with the Department of Atmospheric Science at Colorado State University (CSU). Klotzbach is also a non-resident scholar with the I.I.I.

“Even in what ended up as an average year for major hurricane activity, 2018 was record-setting, with Hurricane Florence spurring statewide rainfall records in North and South Carolina. In addition, Hurricane Michael was the first time on record a Category 4 hurricane made landfall in the Florida Panhandle,” said Sean Kevelighan, I.I.I. CEO. “As financial first responders, the insurance industry continues to be on the ground, helping to rebuild our customers’ livelihoods and economies more broadly. Nonetheless, these extraordinary hurricanes highlighted for coastal residents and businesses the importance of disaster preparedness, building resilient structures and insuring properties against both flood and wind-caused damage.”

Florence made landfall as a Category 1 storm on Sept. 14 near Wilmington, North Carolina. It was categorized as a major hurricane in the Atlantic Ocean, but the storm’s wind speeds diminished significantly before striking the U.S. coastline. The weather system lingered for days in the Carolinas, dumping as much as 36 inches of rain in North Carolina and 24 inches in South Carolina, the most ever recorded there after a hurricane.

Michael made landfall on Oct. 10 near Mexico Beach, Florida. More than 85,000 of the 125,000-plus claims Florida’s insurers received as of Nov. 16 as a result of Hurricane Michael were for insured residential properties, and the total estimated insured claim payouts currently are estimated at $3.4 billion.